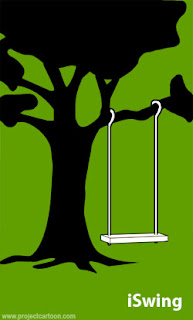 If you haven’t seen this already, check out this hilarious take from Project Cartoon. Jaded or frighteningly realistic? You be the judge.

This site is also a fun example of letting users under the hood to play around. If you click on the ‘Create‘ link you can modify the ‘toon and save it to a unique url that you can give to your friends who in turn will send it to their friends and … I guess it’s also an example of viral marketing. The real kicker? The cartoon’s content itself isn’t original to the site. It’s a pretty prevalent cartoon. What’s original here (beyond the funky Simpsons-esque design) is that it’s user based and can truly grow like an open source project. The cartoonist is even adding new cells from users to subsequent versions.