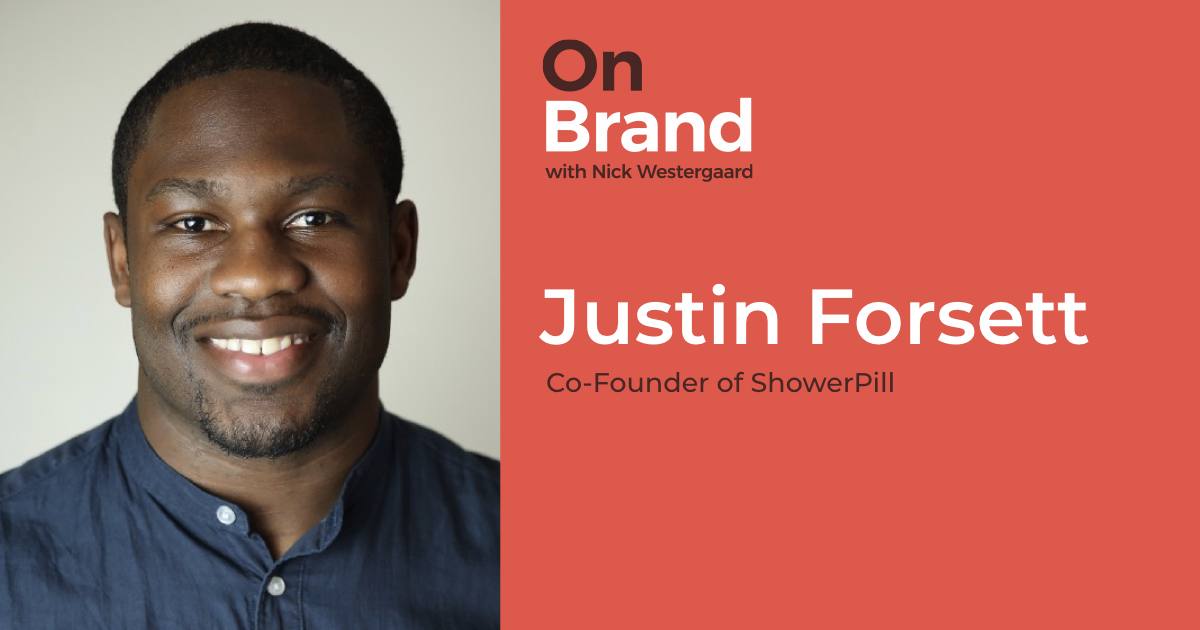 “Excel at what you can’t control. A lot of people say ‘control what you can control.’ But I think you excel at those things that you can’t control because those are the things that are gonna keep you until you get your breakthrough.” As an “undersized and overmatched” NFL running back, Justin Forsett became an underdog fan favorite. He’s brought this same scrappiness to his work as an entrepreneur as the creator of the ShowerPill. We discussed Justin’s journey as an athlete and brand builder this week on the On Brand Podcast.

Justin Forsett is an NFL Running Back and Pro Bowl Player. He was ranked #65 of the Top 100 players of 2015. He’s been described as a powerful player despite being “undersized and overmatched.” At 5’8”, Justin became an underdog fan favorite in the NFL. Drafted by the Seattle Seahawks in the 7th round in the 2008 NFL Draft, Forsett started his 9-year football career in which he played with 7 different teams.

He is a podcast host on LeBron James’ UNINTERRUPTED Podcast Network, featured in Sports Illustrated, and appears in the final episode of Long Shot. Justin is a writer, sporting news contributor, and radio broadcast color analyst. Justin’s skills as an entrepreneur and inventor found him featured on ABC’s Shark Tank as the creator of the ShowerPill. Justin spends his time dedicated to helping victims of Hurricane Maria in Puerto Rico. He is an expert on leadership, overcoming adversity, and perseverance.

Justin’s journey as an entrepreneur started while he was playing. “Two years after retiring, 80% of players end up bankrupt, divorced, or depressed.” Being a player became part of their identity. Justin wanted to be more than his accomplishments on the field.

“Entrepreneurship is a sexy word but it’s a lot of work.” And, keep in mind, this is coming from a professional athlete. Since the brand’s launch in 2014, ShowerPill has taken off …

“We found the tribe that really loves the product and really gets it. We like to say that where we win is at the point of sweat.” Carried in all Target stores, ShowerPill brand building focuses on awareness and education to define the active care space between “hustle and hygiene.”

What brand has made Justin smile recently? Forsett pointed us to another innovative product — Welly. This new brand comes from Eric Ryan, founder of Method and Olly.

On Brand is sponsored by my book Brand Now. Discover the seven dynamics to help your brand stand out in our crowded, distracted world. Order now and get special digital extras. Learn more.